The only way you’ll get to Cooperstown is by car!
I just named my new dog <insert players name>, because he gets beaten every day!
Hey ____, is that your (glove, bat, uniform, hat)?
Hope you like batteries, cause you’re going back to triple A!
Hey _____, when you get back to the dugout, tell _____ he stinks!
Do you guys actually practice or do you just show up for the games?
You even stink in the video game!
You couldn’t make ice without a recipe!
I thought you were the team mascot!
I hope you paid to get in!
What’s wrong, are you trying to beat the spread?
Hurry up and practice, the game starts soon!
I’ve got a better team pulling my buggy!(Amish fans only)
Do you get any better when the fielders catch up?
You’d be more entertaining if you were on fire!
I can’t believe they wasted 1/3rd of a scholarship on you!
Go start the bus!
You stink like an outhouse in July!
Hey, call home your mom just made bail!
Do you think you’ll like this game once you catch on?
It’s time to hang up those spikes!
Your mouth looks a little dry!
Hummm-babe!
Back to the minors!
Is it Ladies night out there?
Are you gonna play all 9 innings today?
Bench Polisher!
CP & NC (Shorthand for scouts -Can’t Play and No Chance)
Does your husband play too?
They’d come down from Triple A to look at you, but they don’t tow wrecks this bad!
You guys couldn’t beat the Helen Keller School Team!
Do you want MY autograph?
1972 called, they want their haircut back!
At least with this team we always see the bottom of the ninth!
Biggest contribution you could make to this team is to go on the DL!
You were in (AAA city) so long they wanted you to run for mayor!
You look a whole lot better since they dug you up!
Try breathing through your eyelids, meat!
I’ve got internet stocks in better shape than you!
You’re in the show, show me something!
Looks like you’ll have to wait the full five years to get into the Hall of Fame!
Whatever they’re paying you, I can match it!
Can you spell doube-A?
Grab a straw, You Suck!
Take that jersey back to the footlocker!
The (farm club) has a locker with your name on it!
You couldn’t beat anything with a stick!
You’re dead at recess!
What position do you play, left bench?
When a player makes a bad play yell the city where the team has a AAA affiliate Salt Laaaake Ciiiiity!
Maybe you’re left-handed and you don’t know it!
The steroids aren’t working!
You’re getting beat like a rented mule! 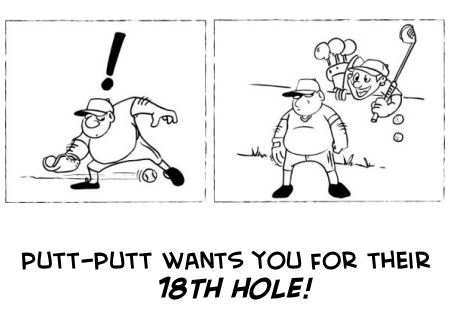